You are here » For universities » FMS Production System Model 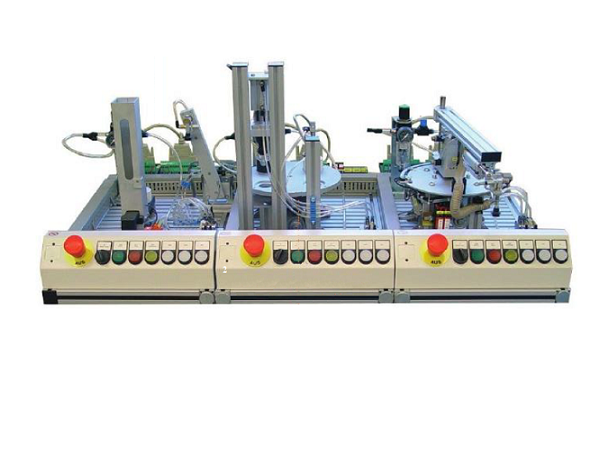 FMS Production System Model is an integrated teaching station demonstrating a fragment of the production line. It consists of freely selected modular stations that simulate various production processes. The model enables the teaching of basic functions in the field of control technology, such as logical operations and conditional functions, it has special functions, among others counters (up / down counting) with positioning, allows for sequential programming with error recognition.

Additionally, it is possible to install the Control Console Module. The module is equipped with illuminated buttons, supports PLC control. The PLC controller is connected to the mock-up with a SUB-D connector or a terminal block.

The pictorial photo shows an example of a system with 3 stations. The actual appearance of the station may differ from that shown in the graphic.

The system can be equipped with the following stations:

Your data is the data that allows us to make the first business contact. All data provided in the form are treated as confidential. Personal data appearing in the form will be processed in accordance with our privacy policy, available at www.edu4industry.com.